TANARGUE MOUNTAINS: a typical renovated house with an inner courtyard, outbuildings to renovate and 2736m2 land.

Agent fee charged to the seller 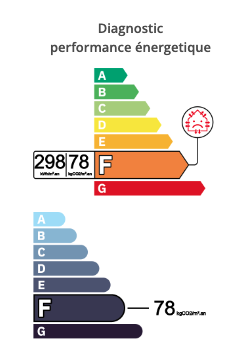 MASSIF DU TANARGUE, 30 minutes from Largentière, located in a small peaceful hamlet with a view on the hills: a typical renovated house of 121m2 with an inner courtyard, an outbuilding of 353m2 to renovate consisting of a barn and two old dwellings, the whole built on vaulted cellars, a separate 2-floor stone building of 22m2 and a carport with 2736 m2 of land. The renovated house consists, on the ground floor, of a guest room of 33.55m2 with laundry space (possibility to be converted in kitchenette) a bathroom of 6m2 and a toilet; on the first floor, a covered terrace of 16m2, a living room of 35,5m2 with built-in fireplace and kitchen, a bathroom with toilet and two bedrooms upstairs. Heating by fireplace and oil-fired central heating. Septic tank. Access is pedestrian on 25 meters. Private parking. Well water for the garden with olive trees.

Accessible by a foot path, the house opens through the gate that closes the courtyard of this former farm. On the opposite, a small stone building on two levels (former chestnut dryer) is to be renovated (2 x 11m2).
The courtyard distributes the two buildings that are connected by two small bridges, one of which is covered on the first floor. The main house, completely renovated in the early 2000’s, comprises on the ground floor, a beautiful, vaulted room converted into a guest room of 33.5m2 with a bathroom of 6.2m2 and a separated W.C. This bedroom is equipped with a small laundry area easily convertible into a kitchenette and has an exit door to the terraced garden which extends south with olive trees and the right to use water from a well.
By an exterior stone staircase, the first floor is accessible through a covered terrace of 16m2 and opens on a living room of 29m2 with a built-in fireplace, a fitted kitchen corner of 6.54m2 and a bathroom with a walk-in shower, washbasin and loo. A beautiful wooden staircase leads to the upper floor to two attic bedrooms of 17m2 and 13.7m2. From the living room, a door opens onto one of the bridges that connect with the outbuilding. Between the 2 buildings, a covered space joins a second small courtyard.

From the terrace of the house, the first footbridge joins the second building (entirely to be renovated, roof tiling included) to an old dwelling of 31.8m2 with an original fireplace and two bedrooms of 12m2 and 11.26m2. An internal staircase allows to reach a large attic with a nice height under the roof, itself open on another large room accessible by the second bridge with covered terrace. All rooms have an exit at the back to another small pedestrian path which allows access without going through the courtyard. Still in the extension of this first part of the dependency, a second old housing on levels of 22 m2 on the ground. The entire building is built on 4 cellars including an old stable and a boiler room.

This house offers both the possibility to occupy immediately a main house well renovated and to project on a rehabilitation of a beautiful authentic building allowing the creation of several dwellings.

Exterior photos of the property TANARGUE MOUNTAINS: a typical renovated house with an inner courtyard, outbuildings to renovate and 2736m2 land. 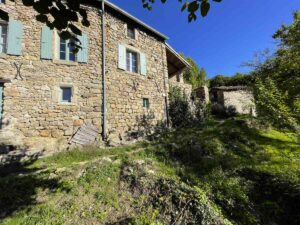 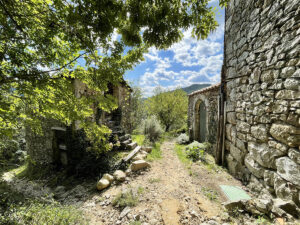 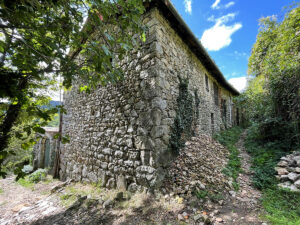 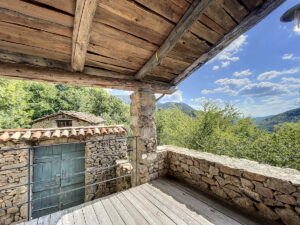 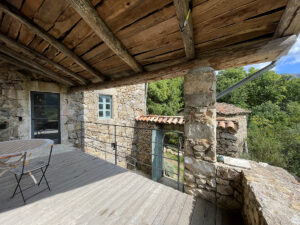 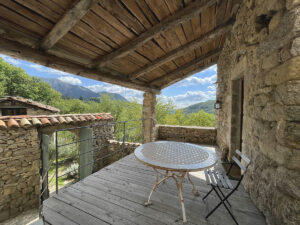 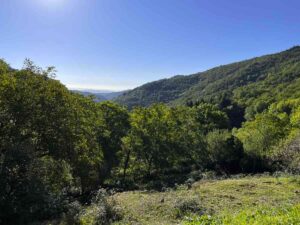 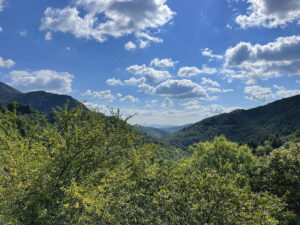 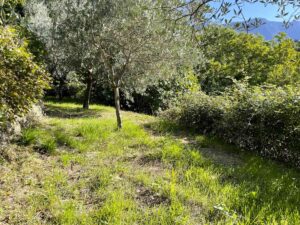 Interior photos of the property TANARGUE MOUNTAINS: a typical renovated house with an inner courtyard, outbuildings to renovate and 2736m2 land. 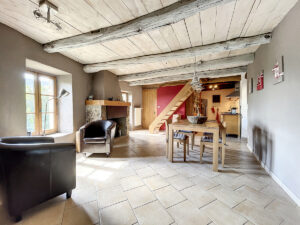 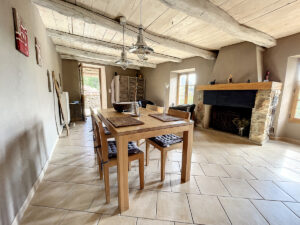 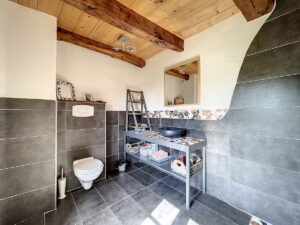 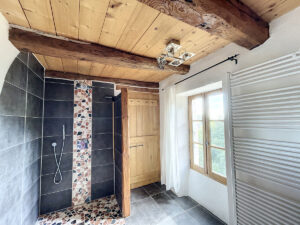 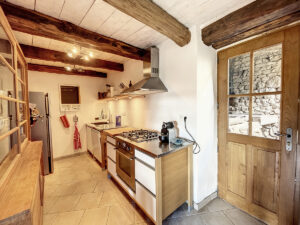 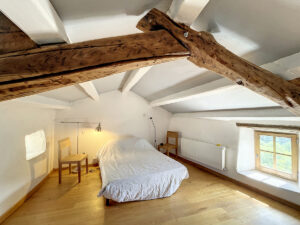 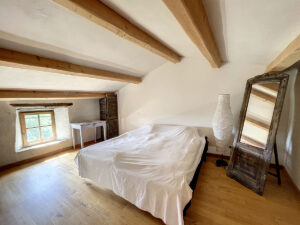 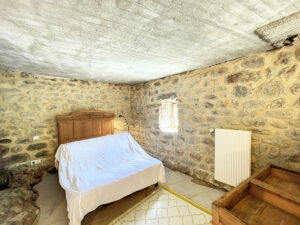 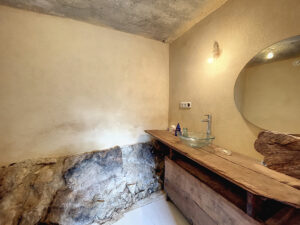 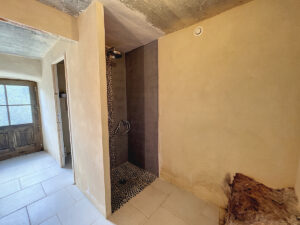 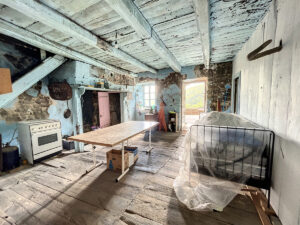 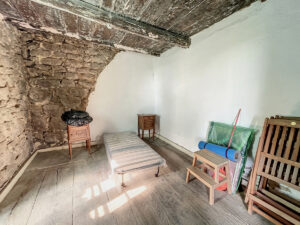 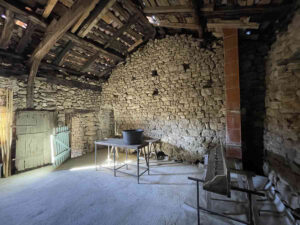 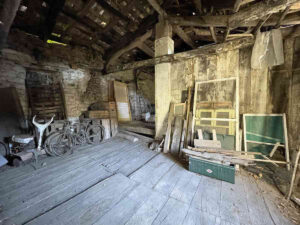 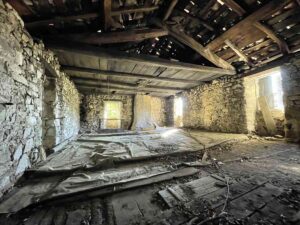